The Senbatsu Election for the 41st single’s Preliminary results have been revealed.
Some of these rankings are concerning and others a blessing.

Minegishi Minami dropped from 22 to 60 which is a bit of a concern considering she has less competition with major names Kojima Haruna and Matsui Rena leaving room to raise her rank. She still has time to recover from this.

Kodama Haruka went from 21 to 8 showing major progress, let this be a career opportunity for the fresher faces. With AKB48’s OG members graduating off as time goes on we need to see the legacy taking place NOW.

Yokoyama Yui is a surprise, she went from 13 to 20, well I was hoping she’d rank top 10 to prove she can become a popular general manager. It means she’d be able to maintain AKB, however Takahashi Minami has ranked low before so it doesn’t really matter.

Takahashi Minami is actually ranking higher than I thought! Good for you TAKAMINA we love you!! Good luck

Miyazawa Sae has slightly maintained herself which is another surprisem, I feared my oshimen would drop.

Ichikawa Miori did not rank.. wow… fresh lemon?? This must be a mistake.. I demand a recount XD

Moriyasu Madoka surprised me in some ways more than others… She only went up 1.. I figured with all of her solo work (not solo single but solo magazine shoots and so on) her rank would hit 15 or even 10!!

Kizaki Yuria, as a team leader and a Rappappa Queen I thought she’d fight her way to the top!

Now this is only first day results! EVERYONE still has a chance to shoot for the top!

Oh ps. please comment your opinion or who surprised you!

Senbatsu 7th Election time almost here!!! Another year of election has finally come around! Who will take top this year?

People have been thinking this year will be Takamina year! She has announced her graduation, and now since this is her last Senbatsu election she declares to the world “I wants to take number 1!!”

Other such as Jurina also want to take number 1! Jurina also said during the last election that she want to be number 1! So many competitions are going on to take first place! I wonder will become victorious!

There are also some shocking news about some members not participating this year such as Rena Matsui, Haruna Kojima, Anna Iriyama, Asuka Kuramochi, Rina Kawaei and others more. 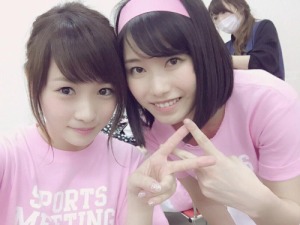 It’s made me sad some people I supported didn’t want to participate this year.. but Rena did tweet that she didn’t want to be ranked by her fans anymore and instead, wanted to let her fans know that their what means the most to her than ranking in Senbatsu. Asuka and Haruna also have mentioned the wonderful fans that supported them till the end and told them to continue to support them despite not participating in Senbatsu. Others seems to be hinting their graduation… possibly members such as Haurna and Anna… 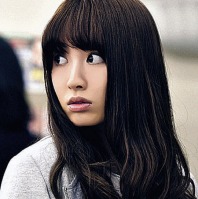 Sunakku has said this in a few post of members graduating but this year a lot of members are going on there own path… It’s sad to heard members you supported move on from 48 family… Like Airin Furukawa, Nana Yamada, Kono Sai and many others…

Also the 2nd Draft is starting tomorrow! the excitement is killing me, I wonder which girl will be in the new group NGT48 and in the other sister groups? well we have to see tomorrow

There was also an AKB48 Sport meet that happened, all the members had a fun and exciting time fighting against each other. Also the end results to the winning Team was….Team 8! congrats to Team 8! hope to see more of them in the future and congratulations to Team A, B, K and 4 for their hard work in participating in the Sport meets! 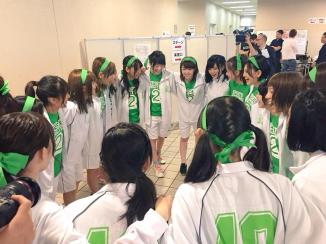 Also after the sport meet ended… poor Team A had to clean up the mess! But their still winners cleaning up the mess don’t you think?

Credits to the gifs and photos to the original owners on tumblr!

Also this is my oshimen list! Since Sunakku told hers here mine!

SKE48: Jurina and Rena (My top oshimen’s) and Akane

NGT48: Kitahara Rie, since the other members haven’t been announced yet

JKT48: I actually don’t know them too much haha I like Rena Nozawa before, but she moved to Team B

SNH48: Don’t know too much about them also