AKB48’s Iriyama Anna of Team A has been slowing down her involvement after Majisuka Gakuen 4 aired. She recently declined a center position which was later given to Shimazaki Haruka in the newest single. She also announced that she will not be participating in the general elections this year. Claiming it has nothing to do with Kawaei Rina’s graduation announcement.

Iriyama Anna has stated that, like everyone else, she too will graduate someday for reasons of her own. Whether or not her decisions to turn down AKB48 promotions is a sign she has already made up her mind. She said that Kawaei Rina’s circumstances will not be her reason for graduating and no one else will determine that for her. She later adds that she will graduate on her own terms for herself.

However when she was asked if she is graduating anytime soon she didn’t deny it or confirm it. Her response was that everyone graduates.

The reason I think the 19 year old will announce her graduation later this year or early 2016 (after Kawaei Rina and Takahashi Minami leave) is the following:

1. She declined the center position for the 40th single which could have determined her future role in AKB,

2. She is not participating in the general elections despite her gain of popularity 2015 alone!

3. She is beginning her first year of University and is advanced in terms of intelligence. I can’t see her not attending university if it meant putting herself 100% into AKB48

Well, I would personally LOVE to keep the current members in AKB48 forever but like An’nin said, she too will graduate sometime.. Whenever she chooses to do so we’ll support her forever! For now, lets cheer her on!!

Kojima Haruna…… that’s all I have to say to get your hearts melting! The beautiful, awkward, sleepy Idol has turned 27 and remains to be the most beautiful member of AKB48.

She has been hinting at graduating for a long time now so this might just be her last birthday as an AKB member so lets enjoy while we can!

Did anyone see the video on Oshima Yuko’s instagram? CUTEST Haruna birthday selfies yet!

The beautiful season of Spring brings us a chance for new beginnings. The cherry blossoms trees in Japan are in full bloom marking a new year for students and so on. The sakuras are beginning to fall painting the grey roads with colour and beauty.

Spring offers new life to everyone, many members have announced graduations or have already graduated to see what Spring has to offer. So far 2015 made us say goodbye to Yamada Nana and shocked us with the announcement of Kawaei Rina and many more. (Obviously TakaMina but I already dedicated a post to her and she was earlier)

I was going to wait until the end of the year to write about this but then my NMB48 oshimen decided to surprise me..

Kono Saki for the past three years has been a huge part of my wota-life.. I watched her enter NMB48 and remember being stunned when I found out this little, high pitched voice girl was actually about 2 years older me. 2012 was when I first started paying attention to AKB48 after being a Hello!Project fan for sometime. I wanted to learn more about Idols and what better way to do so than expanding the groups I listened to?  Kono Saki is a HUGE Hello!Project fan which made me even happier knowing she had the same fangirl experience I do! Maybe that was the reason she became my oshimen from NMB, she didn’t get a lot of attention. –Sayanee does a fantastic job at promoting herself and the name NMB but not the members in it as she likes them to lead themselves-..  So unfortunately Kono never really got the chance to shine as much as she deserved, with her experience admiring Idols she surely knew how to be one..

To be completely honest we’ve been dreading every concert worrying about Matsui Rena, Kojima Haruna and many more. I’ve been worried about my ultimate oshimen, Miyazawa Sae, and that she’d be announcing her graduation which thankfully hasn’t happened yet . So when tiny 20 year old Kono Saki announced that she had plans to graduate I took a step back and remembered all of the amazing things this doreamon member gave to NMB. Much like Kawaei Rina none of us has any idea it was the younger girls graduating on us! Of course I wish I had another 3 years of wota memories with her but I’m proud of her for finding herself so early on.

Here is a little history lesson, you dont have to read it lol
Sakipi, 2010 she was a little, tiny trainee that was ready to bloom as an Idol by 2012.. She was promoted to team BII after showing so much dedication and talent and earning herself position with such humble courtesy to your seniors the same time I started taking interest in the AKB48 groups. I began to learn more about her and was so happy when I read she was also a wota and enjoyed the same H!P members I did including Kusumi Koharu and many more. She worked very hard in Team BII and was transferred to team N in February of 2014 which was such an amazing moment for her! I really thought this was when her career would reach it’s peak.. Saki’s mom has very strong opinions which may have discouraged her from taking on more of a role in team N but she got there and nothing would change that. 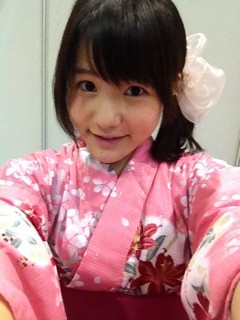 I’m honestly going to miss her so much and this is a post I wish I never had to write, it will be difficult to look at NMB the same way again..
However, Sakipi wants NMB to stay successful so I’ll cheer them on until the very end!!

Thank You Kono Saki for all of your hard work and so on!
I’m going to miss every singly 48 girl graduating this year.

From one Morning Musume fan to another, congratulations Sakipi

“なんか切ないなーーーーーーー。笑
大切な物をなくすとき
ってこんな感覚なんだね
ソワソワ、オドオドする”
It’s a bit heart breaking,
this is how it feels when something you really care about disappears, huh?
Uneasy and hesitant..
– Okai Chistato

——-
By the way, I’m going to list my oshimen!! Sunakku not Kosupure!
AKB48 – Nagao Mariya , Mayuyu
SKE48 – Sae (She’s my number one) , Suzuran (former AKB oshi but then she transfered)
HKT48- Madoka
NMB48 – Kono Saki and Fresh Lemon
NGT48 – For now KitaRie because she works soo hard
JKT & SNH – still deciding.. I haven’t gotten around to them yet lol

Today, April 8, 2015 the most amazing, funny, charming. caring and responsible woman in the entire world celebrates her 24th birthday. Takahashi Minami will graduate from AKB48 in the less than a year making this her last birthday as a member and general manager of AKB48.

This woman is truly amazing and an admiration to us all, her hard work is endless and her leadership has brought AKB48 to the top. TakaMina doesn’t want us to stop loving AKB48 when she graduates and takes the link to the past with her. She wants her accomplishments to go on forever and it’s up to us fans to carry her torch and make sure AKB48 lasts for as long as possible..

TakaMina, Happy Birthday, thank you from all of your fans.
We love you and support you forever!! 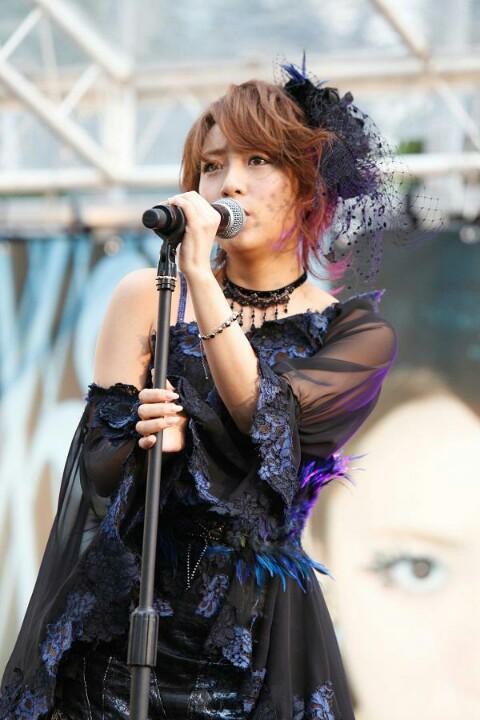 Well.. here is video footage of Shimazaki Haruka singing a song in which she repeatedly says “F*ck you! F*ck You!”
Now is this a big deal? No, she’s just having a good time with her classmates singing. Unfortunately for her this video was leaked and now it’s up for everyone to see!

Warning, the video obviously has swearing so don’t watch it if you are easily offended

Now before everyone goes crazy let me make this clear,
This is our April Fools Joke, if I posted it on April 1st you would’ve known it was a joke!
The girls name is “Miku” but she resembles Paruru a lot so enjoy!!
I repeat, this isn’t PARURU XD lol